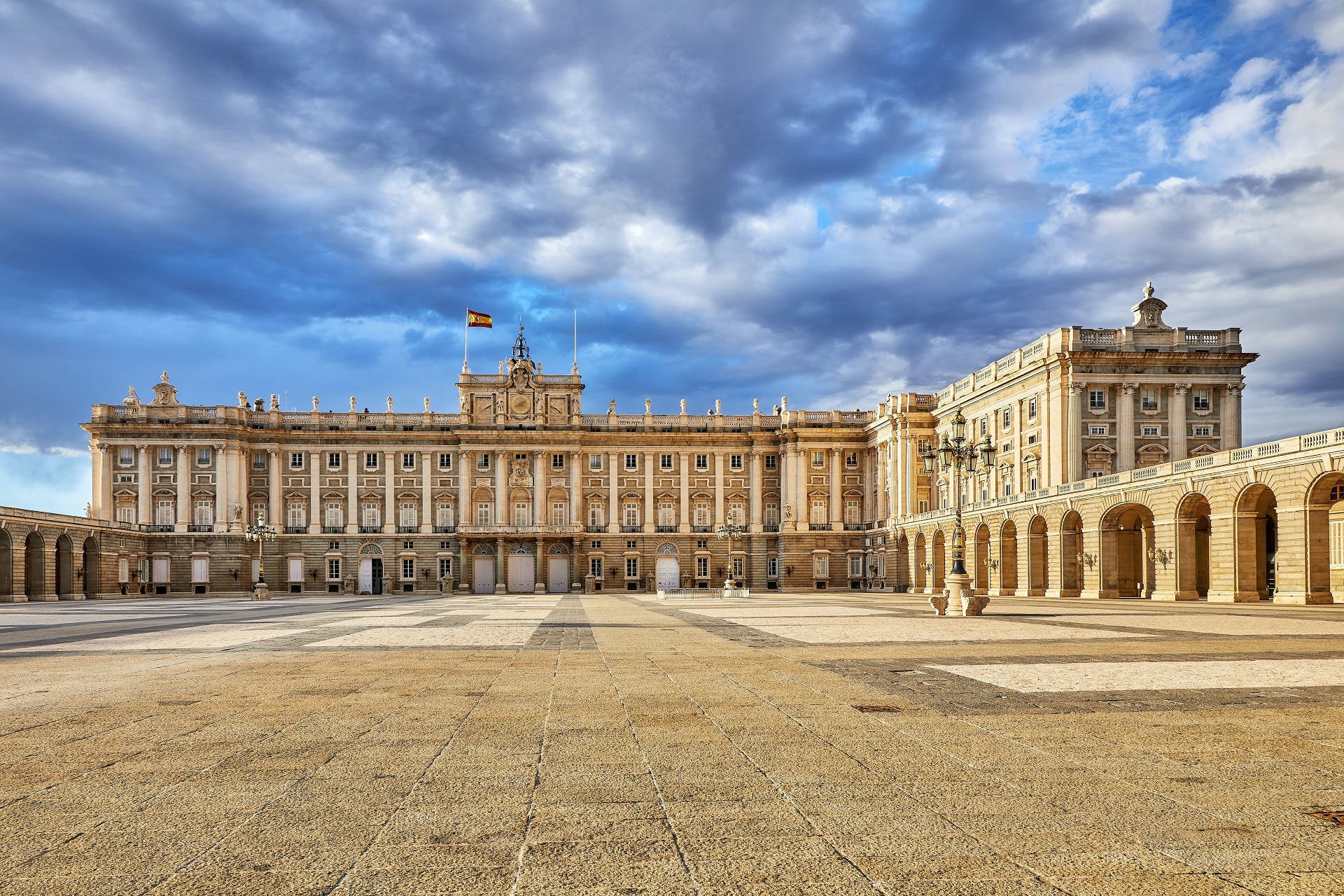 In 1561, King Philip II decided to move the capital of Spain from Toledo to Madrid. Since then, except during the period from 1601 to 1606, Madrid has been the capital of Spain and the official site of the Spanish government. It is one of the most beautiful and best-preserved palaces in Europe and a symbol of the permanence and consolidation of Madrid as the capital of the Kingdom. You will visit the Armory Square (exterior of the palace), the Grand Staircase, King Charles III’s Apartments, the Queen’s Apartments, the Banqueting Hall, the Royal Chapel and the Throne Room and the Crown Room. After the guided tour, you will have the chance to visit the Royal Armory on your own and enjoy lovely views from the Armory Square.

During the second part of the tour, you will visit The Royal Palace of Aranjuez, a royal site of the Crown of Spain 46km south of Madrid, situated in a fertile valley on the banks of the River Tagus (Tajo). You will appreciate the variety of decorative styles, especially the China Chamber Porcelain and the Throne Room of Elizabeth II; the Prince's Gardens, the Parterre and the Island which are characterized by a great variety of vegetation and tree species. The Museum of Royal Feluccas (a type of long and narrow light boat, used in ports and rivers) was built in 1963 and exhibits the boats used by the royal family to navigate the Tagus River. These include a gondola belonging to Philip V, although the ship actually dates back to the reign of Charles II; as well as the boats of Charles IV, Ferdinand VII and Elizabeth II.