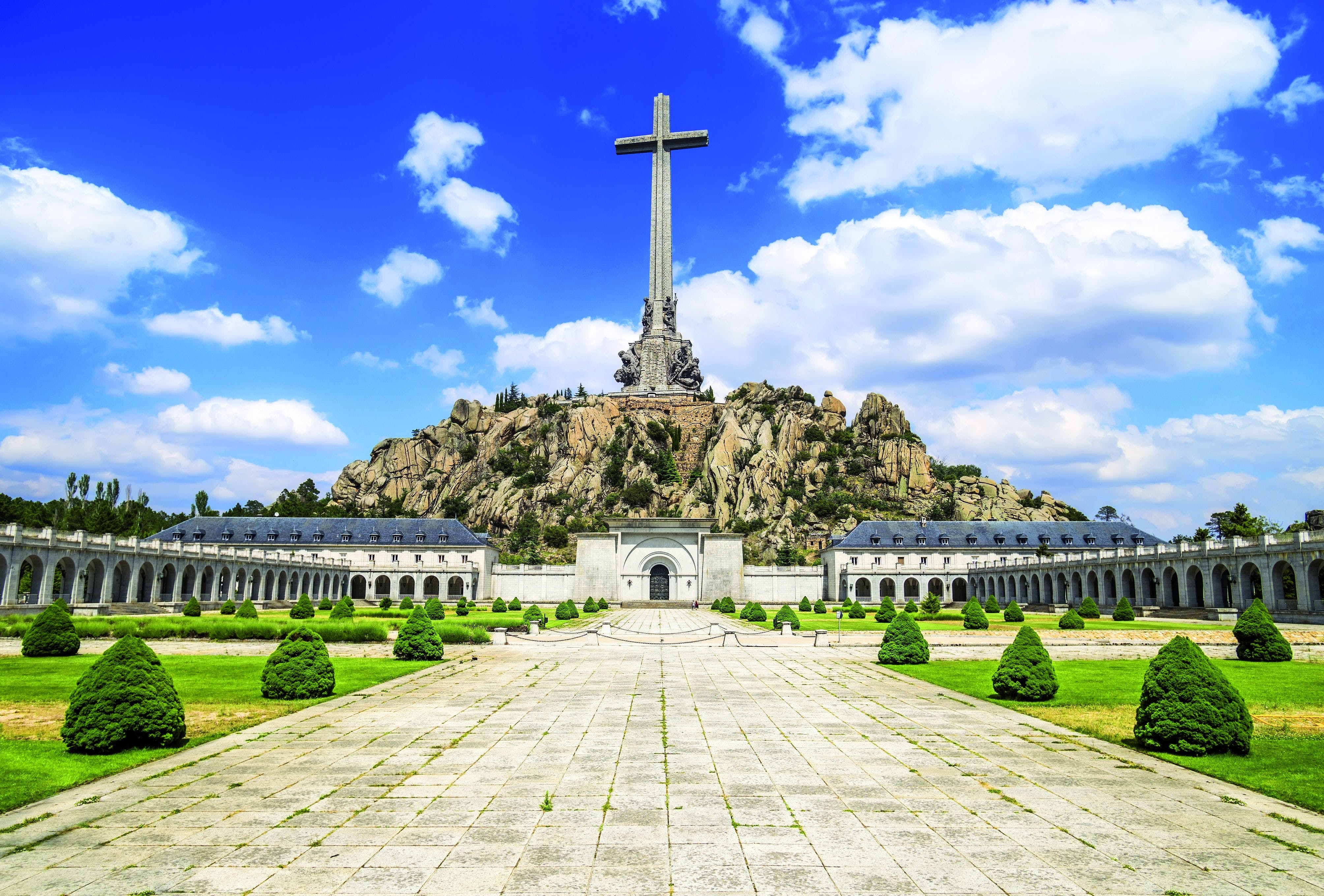 Combine two half-day tours and save money! This itinerary includes:

Royal Monastery of El Escorial (morning): you will start our visit at El Escorial, a symbol of the Spanish power in the XVI century that commemorates the battle of St. Quentin. It is also a mausoleum for Charles V. Due to the symmetry and balance of its construction, according to the humanist Renaissance style, for years it had been considered the eighth wonder of the world. The visit includes the Habsburg Palace, the Kings and Princes Mausoleum, the Chapter House and the Basilica.

Basilic of the Valley of the Fallen (morning): Located 9 km away from El Escorial, this enormous monument was built between 1940 and 1959 to honor the fallen during the Spanish Civil War. The basilica is carved into the mountain at 1350 meters of altitude, where an impressive 150 meters high cross places itself over the magnificent nature reserve of the Madrid mountain range.

Aranjuez (afternoon): Royal Site of the Crown of Spain to 46 km south of Madrid, situated in a fertile valley on the banks of the River Tagus (Tajo), known for its Royal Palace, its numerous gardens and for have been the inspiration to the composer, Joaquin Rodrigo, to create the Concert of Aranjuez. UNESCO declared Aranjuez Cultural Landscape a World Heritage Site in 2001.

The Royal Palace, where you will appreciate the variety of decorative styles and emphasizing the China Chamber Porcelain and the Throne Room of Elizabeth II, The Prince's Gardens, the Parterre and the Island is characterized by a great variety of vegetation and tree species.

The Museum of Royal Feluccas (a type of long and narrow light boats, used in ports and rivers) was built in 1963 and exhibits the boats used by the royal family to navigate the Tagus River.
These include a gondola belonging to Philip V, although the ship actually dates to the reign of Charles II, and the boats of Charles IV, Ferdinand VII and Elizabeth II.