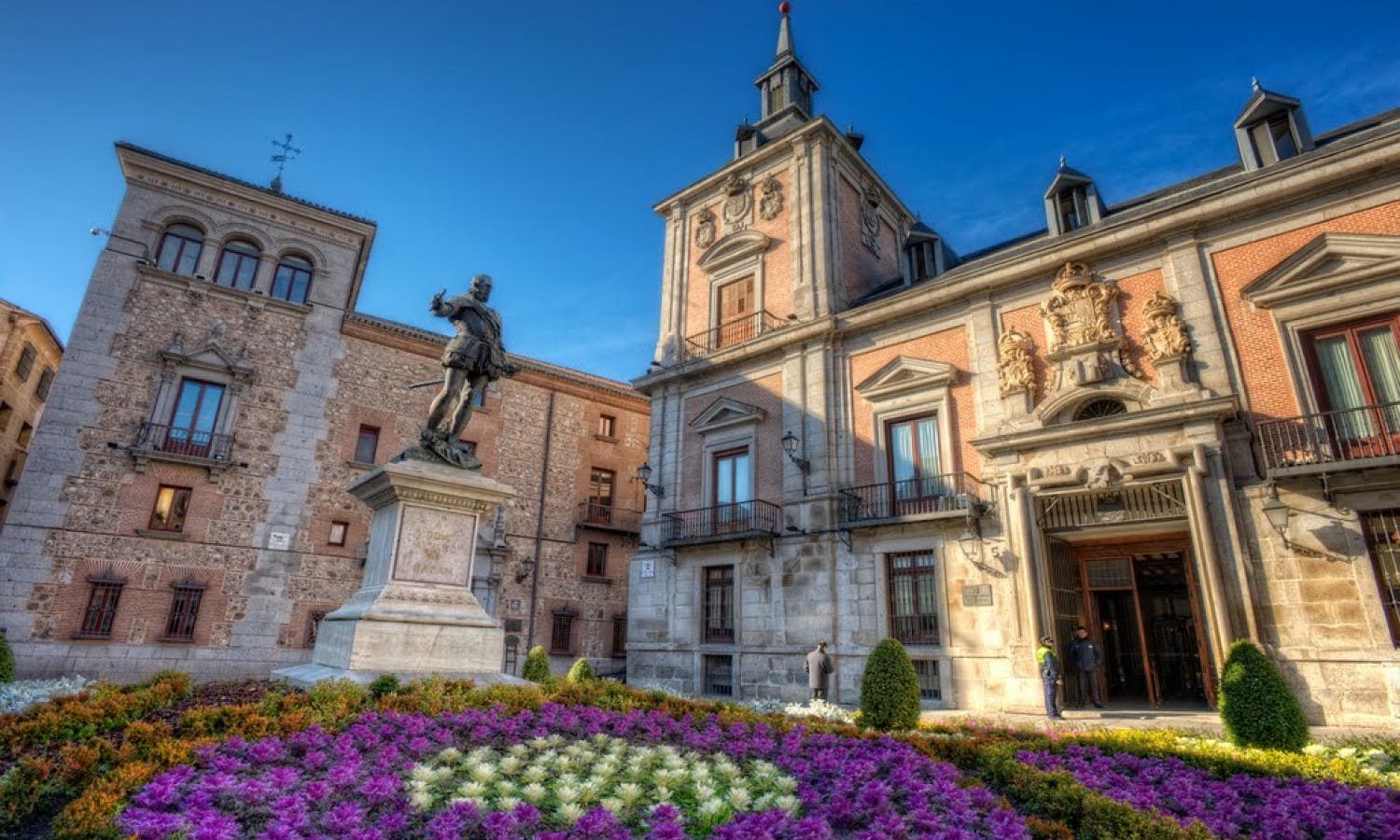 Availability: From Monday to Saturday

Enjoy a guided walking tour of the old town of the city, the so-called Madrid of the Austrias to see for yourself the important Plaza Mayor, Royal Palace, walk down the Arc of Cuchilleros and winding streets around the Plaza de la Villa and the medieval streets of Madrid where you'll see the oldest buildings of the city: House and Tower of Lujanes where the French king François I was held prisoner, the Casa de Cisneros of Plateresque style and the Casa de la Villa (Madrid City Council until 2007).

After the tour, you'll enter the Prado Museum, one of the most important and famous art galleries in the world. This magnificent XVIII century building holds masterpieces of the great Spanish masters such as Velazquez, Goya, El Greco, Ribera, Murillo and the important foreign painters Raphael, Rubens, Bosch, Titian, Fray Angelico and Tintoretto among other international masters. This ticket allows preferential access to the museum (guide service inside the Prado is not included).